ANOINTING OF THE SICK

"Heal the sick" The Church has received this from the Lord.By the sacred anointing of the sick and the prayer of the priests the whole Church commends those who are ill to the suffering and glorified Lord, that he may raise them up and save them. 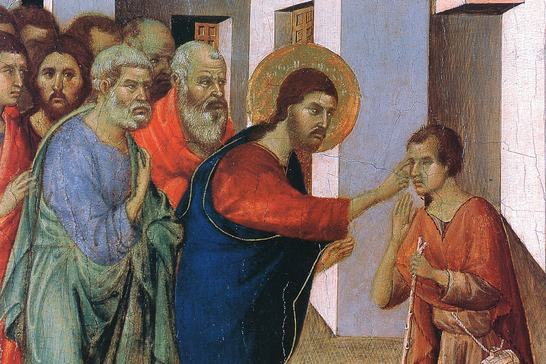 TO RECEIVE THE SACRAMENT OF ANOINTING OF THE SICK PLEASE CONTACT THE PARISH OFFICE: 403.455.0196

​
Prayer for the Sick
Father of goodness and love, hear our prayers for the sick members of our community and for all who are in need. Amid mental and physical suffering may they find consolation in your healing presence. Show your mercy as you close wounds, cure illness, make broken bodies whole and free downcast spirits. May these special people find lasting health and deliverance, and so join us in thanking you for all your gifts. We ask this through the Lord Jesus who healed those who believed. Amen.

Meaning
The Sacrament of the Anointing of the Sick is administered by a priest to a baptized person who is suffering from serious illness or in danger of death, through prayer and the anointing of the body with the oil of the sick. The proper effects of the sacrament include a special grace of healing and comfort to the Christian who is suffering.
The Sacrament of Anointing of the Sick is a special opportunity for the Lord’s healing power to touch those who are experiencing an illness or the aging process. Any person afflicted with an illness or aware of the limitations inherent in aging is eligible for the sacrament. This includes the elderly, those anticipating major surgery, post-surgical patients, those suffering from long-term disability, heart and stroke patients, as well as those experiencing emotional or physical stress.
Anytime a person is facing a serious illness, surgery or hospitalization, it is proper to receive the Sacrament of the Sick. Should you, or someone you know, be unable to attend Mass because of illness, arrangements can be made to have communion administered in the home by a Communion for the Sick Minister.

When Can you receive the anointing of the sick?
You may ask to receive the sacrament any time that you are to undergo surgery under general anesthetic and when you have a serious injury or illness. Advanced age may also be a sufficient reason, too. You may receive this sacrament more than once. In fact, all Catholics of any age are encouraged to ask for this sacrament any time a new condition or surgery arises. Contact the parish office at 403.455.0196 about receiving the sacrament.

What is last rites?
Years ago, this sacrament was called Extreme Unction (last anointing), not because it was the last sacrament you received before you died, but because it was the last anointing a person received. Baptism and Confirmation are the first two times we are anointed. Many older Catholics are under the mistaken impression that you can only receive the sacrament on your death bed; quite literally “Last Rites”. This may have seemed true in years past, but with modern medical advances today improving our recovery from illness, the sacrament is rightly received by anyone suffering a serious injury or illness and can be received as often as needed.

How often can one receive this sacrament?
Anointing is not a Sacrament that can be received only once (like Baptism); nor is it intended to be frequent (like Holy Communion).  The Church allows for this Sacrament to be administered several times for the same person, if necessary.  One might certainly become seriously ill more than once in a lifetime or may face serious surgery on several occasions.  In each instance, one should be anointed.  Or again, if one has an illness which worsens over time, it would be appropriate to receive the Sacrament more than once in the course of that illness – certainly including when near death.  Generally, at least a month would pass between anointings.

Where is the anointing of the sick celebrated?
Since those who receive the Sacrament are seriously ill, people are most often anointed in their homes, a hospital or a nursing facility.  People anticipating surgery sometimes ask to be anointed at church, after Mass on a Sunday or weekday.  Some parishes have “Communal Anointing” where a relatively large number of people present at a particular Mass are all anointed.
Should a person’s loved ones be present when he or she is anointed?
It is beautiful to have family members or friends present when one is anointed, but it is not required.  Those who are able to be present can share in many of the prayers of the ritual.  But of course, if the patient is able to make a confession, others are asked to step out of the room for that time.